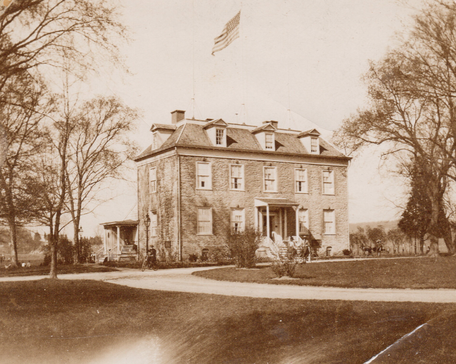 Van Cortlandt House Museum is the centerpiece of a 1,000-acre urban park that encompasses what was once the Van Cortlandt family’s plantation.

Three generations of the Van Cortlandt family held enslaved Africans on the property from 1698 until 1823. Some, such as Dinah, worked as house servants.  Others, like Piero the miller and Levellie the boatman, performed skilled labor that increased the profitability of the plantation. Enslaved Africans held by the Van Cortlandts left a legacy in today’s Van Cortlandt Park that is still visible. They worked on roads that are now park trails and they dammed Tibbetts Brook to create the beautiful mill pond still enjoyed by park goers.

During the Revolutionary War, the Van Cortlandt house was, at times, located on contested ground. At other times it was held by the British or the Patriots and was host to visiting officers such as General George Washington, who stayed in the house in 1776 and 1783.

At the end of the 19th century, later generations of the Van Cortlandt family sold this house and land to the City of New York. After becoming a museum in 1897, the National Society of Colonial Dames in the State of New York restored and furnished the house to depict how it may have looked during the period from 1749 to 1823. While the museum’s collections are authentic to the time period, only a small portion of them were in fact owned by the Van Cortlandt family.