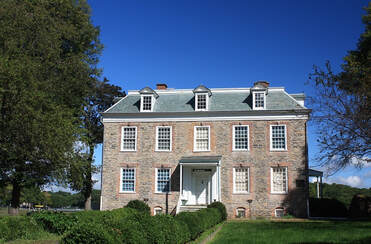 The Van Cortlandt House Museum is a storied mansion in the Bronx located approximately a mile north of the Harlem River. Interesting in its English style with Dutch influences, the home was built in 1748 and occupied for 140 years by members of the Van Cortlandt family, whose ancestor Oloff Stevense Van Cortlandt arrived in New Amsterdam from Holland in 1638.

General George Washington occupied the house in the fall of 1776 and he returned at the end of the Revolutionary War for an overnight stop over on his journey to formally accept Manhattan Island back from the King of England amongst other occasions there. The Van Cortlandts are documented as having enslaved people, both African and Native American, living and working in the house and on the adjacent plantation.

In 1887 the property was sold to the City of New York and made a public parkland. Before the house became a museum, it saw a variety of uses including as a temporary police precinct house and as a dormitory for ranch hands responsible for taking care of a herd of buffalo. The National Society of Colonial Dames in the State of New York has managed and maintained the house since restoring it and opening it to the public as a museum in 1896. 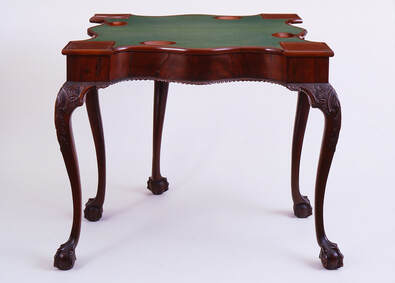 Van Cortlandt New York Card Table photograph by Gavin Ashworth
Your group can choose from a variety of themed tours including: 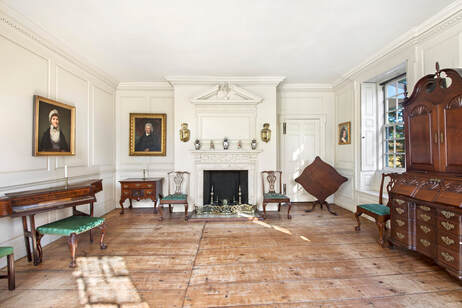 Your group will be invited into the period rooms of Van Cortlandt House for an up-close look at special collections objects such as the mahogany secretary built in Providence, Rhode Island in the mid-18th century and architectural features including the bespoke early 19th century reproduction wallpaper in the newly restored Dining Room. Tours may also be customized to focus in-depth on the distinct architectural features of Van Cortlandt House, the exceptional surviving wall finishes and hardware in the attic and Slave Quarters, and the Colonial Revival Herb Garden.

Director’s Tours last approximately 90 - 120 minutes with plenty of time for questions and a visit to the Museum Shop. The ideal size for these tours is 10 - 15 people. In addition to your tour, we can make arrangements for coffee service upon arrival at the Museum or lunch at a local restaurant or in the museum's Herb Cellar. Admission for special access tours is $25 per person, exclusive of the optional coffee service and lunch. To book a special access tour of Van Cortlandt House Museum, contact the Museum Director via email to Laura.Carpenter@vchm.org.

Throughout her life, Laura has pursued specialized studies including summer schools at the Preservation Institute: Nantucket while an undergraduate at Heidelberg College in Tiffin, Ohio, and more recently at The Attingham Summer School in England. Laura earned a master's degree in American Studies from the University of Notre Dame. She has worked with New York University’s Institute of Fine Arts Conservation Center, Columbia University’s graduate
program in historic preservation, and Sotheby’s Institute of Fine Art, as well as noted decorative arts scholars and dealers. She has a passion to bring the history and collections of Van Cortlandt House Museum to a wider audience.